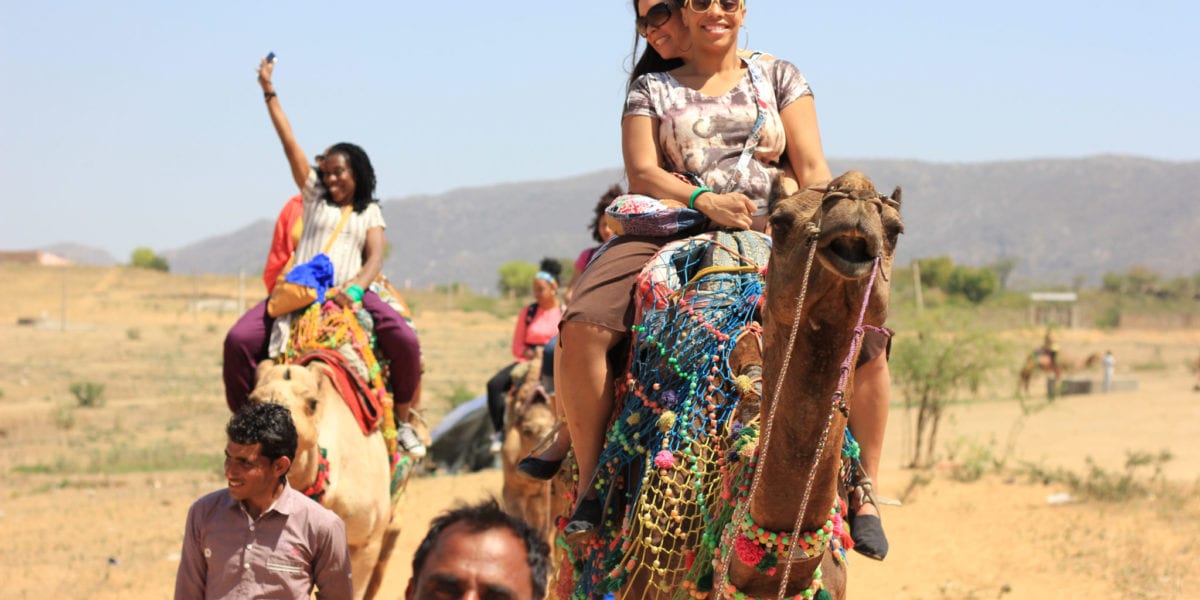 The travel industry is changing and at the helm of its transformation are women. Whether introducing female-led tour companies, launching women-run publications, or celebrating people of color and their impact on the industry, women are redefining what it means to be a traveler in today’s modern age. One such change is the launch of the ‘Black Travel Movement,’ a push for diversity in an industry all too often dominated by white, middle aged men.

Back in 2015, the Black Travel Movement snagged international headlines. According to Time, a perfect blend of increased household incomes, education, social media, and the rise of the tech-savvy Millennial generation have all combined to launch this sorely needed movement. Travel agents, influencers and tastemakers have banded together to celebrate people of color, promote diversity, and create a sense of community for black travelers.

Leading the Black Travel Movement are powerhouse women whose voices have come to champion a new wave of travelers. Evita Robinson is CEO and creator of Nomadness Travel Tribe, which is an award-winning travel and lifestyle brand representing more than 20,000 black and brown travelers. Oneika Raymond is the celebrated blogger behind the award-winning site, Oneika the Traveller. Kellee Edwards is an award-winning host of the Travel Channel’s Mysterious Islands.

Robinson, Raymond, and Kellee are blazing the trail for women of color at a time when—according to research group MMGY Global—we are seeing a marked increase in the percentage of African Americans traveling internationally.

“I’ve been really happy to see growth and development in the travel industry with regards to diversity,” says Raymond. “Brands and tourism boards are starting to get it, [mainly] because they see that it can better their bottom line. However, top level management is still very white, which affects the industry as a whole. There’s a lot of work to be done.”

Travel and tourism constitute the second fastest growing global sector, boasting a predicted 3.9 percent annual growth over the next 10 years, according to Skift. Within the travel market, Fortune Magazine estimates that black travelers represent an astounding spending potential of $1.2 trillion. That’s a major segment of the travel industry, but too many big travel brands miss the mark.

“There was a huge explosion and an increased push for representation in the travel space,” recalls Raymond. “Now it’s about continuing to provide access and showing people how far they can go.”

Providing access to people of color comes through forming community and that is exactly why Robinson created Audacity Fest. With only a few travel conferences that exist in the industry, none of which are directed at travelers of color, Robinson decided to host her own. Audacity Fest was introduced in September 2018 to a crowd of over 250 attendees.

“I know when I get on stage, I come as one, but I stand as ten thousand,” says Robinson. “The issue we have now is, are you partnering with us, or are you trying to take from us?”

For Edwards, diversifying travel television has been her success. At a time when women are redefining industries and pushing for opportunities, travel television remains largely male and white. Edwards is the first African American woman on the Travel Channel. Snagging the coveted role of Travel Channel host meant ensuring that she was the most qualified woman for the job. A licensed pilot and scuba diver, Edwards stood out as a journalist who ventured beyond traditional travel coverage to encompass all manners of adventure from the air, land, and sea.

“I keep coming to spaces where you don’t see a black woman, and it raises a few eyebrows,” says Edwards. “I do believe that brands are becoming aware of the need for change. I definitely think there’s a long way to go, especially for me, because I focus on adventure travel. I don’t see ads and commercials in this space with minorities in them, period.”

The future of the travel is proving female as women confront the gender and racial disparities that plague the industry. Women, in general, can all too often be overlooked in the travel space despite making up 70 percent of the travel consumer base.

“We [women] are strong and soft at the same time,” Edwards says. “But we are constantly represented as one or the other. I can start a fire, I can change a tire, I can cook a decent breakfast, and my lipstick collection will always match. I am all of those things.”

A longer version of this article appears in the second issue of Unearth Women magazine, on sale now in our online store.