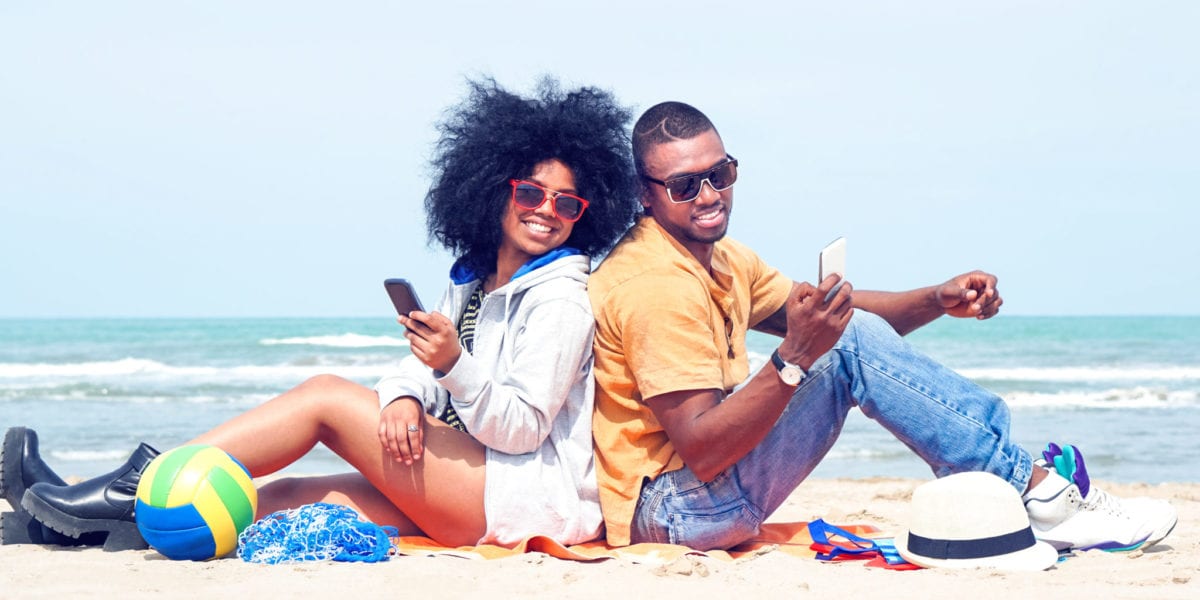 A happy young couple poses on the beach | © Akhenaton Images

Let’s talk about sex. Some couples grapple with intimacy on a daily basis, whether that be a desire to spice things up in the bedroom or overcome a sexless lull. Many are spending thousands of dollars on therapy to jumpstart their romance, yet recent studies suggest the key to bedroom bliss could be as simple as booking a trip.

The U.S. Travel Association conducted a survey of more than 1,000 adults, that revealed just how much traveling can improve a couple’s intimacy. The survey aimed to find a correlation between leisure activities and their ability to strengthen romance. Of the couples surveyed, more than 77 percent reported having a drastically improved sex life due to travel, while 84 percent of traveling couples successfully made it past the five year dating mark (an impressive feat considering the high divorce rate and dating turnover we see today).

So, what is it about travel that inspires “sexual healing?” According to Dr. Jessica O’Reilly, Astroglide’s Resident Sexologist, “couples who travel together benefit from novel experiences, which have the potential to help reignite passion.” As Dr. Jess explains, “travel presents a range of new opportunities—food, culture, language, history—and by breaking away from the every day, your partner has an opportunity to associate your company with excitement and challenge.” In other words, a break from everyday routine can translate as a break from routine in the bedroom.

The key findings of the survey show traveling does more than inspire a spicy session between the sheets; rather, travel offers a long-term benefit to couples, increases the longevity of their relationship and sustains intimacy. In short, travel is the ultimate multivitamin for your sex life, that you never knew you needed. More than 28 percent of couples surveyed reported improvement in bedroom problems after traveling. “Travel has the potential to inspire exploration and the pushing of comfort zones,” adds Dr. Jess. “It makes sense that being in a foreign city is likely to inspire you to try something new—from role-play to sex on a balcony. ”

While the U.S. Travel Association survey found 68 percent of couples deem travel necessary to a healthy relationship, there are instances when a trip can prove a disservice to a romance. “Just traveling together in and of itself is not going to make you a better couple, but learning how to travel together successfully is,” Joshua Klapow, a clinical psychologist at the University of Alabama at Birmingham, tells USA Today.

“Traveling puts a couple in an extended period of being together more than their average interactions. That extended period can either enhance a relationship, or it can blow up in their faces.” For this reason, travel is often considered a litmus test for compatibility. If you and your significant other can stay calm when unexpectedly locked out of your Airbnb in Rome at 3 am, then you’re less likely to break team when confronted with problems back home.

While the U.S. Travel Association survey shows us that travel can improve a couple’s sex life, booking a flight is not necessarily a cure-all remedy for the trials and tribulations of love. After all, variables such as kids and larger relationship issues can be harder to overcome than a simple sex slump.

“Traveling can create some of the most trying times for a relationship,” says Lauren Schiff, an events manager at Wanderlust Hollywood. “But it also brings about all sorts of thrills and brand new experiences.” One thing is for certain: you’re bound to have hotter sex after a care-free day spent roaming the markets of Hanoi versus one spent washing laundry at home, in your sweatpants.

*A version of this story originally appeared on the blog, Culture Trip.