The Trans Brewers Crafting the Future of Beer 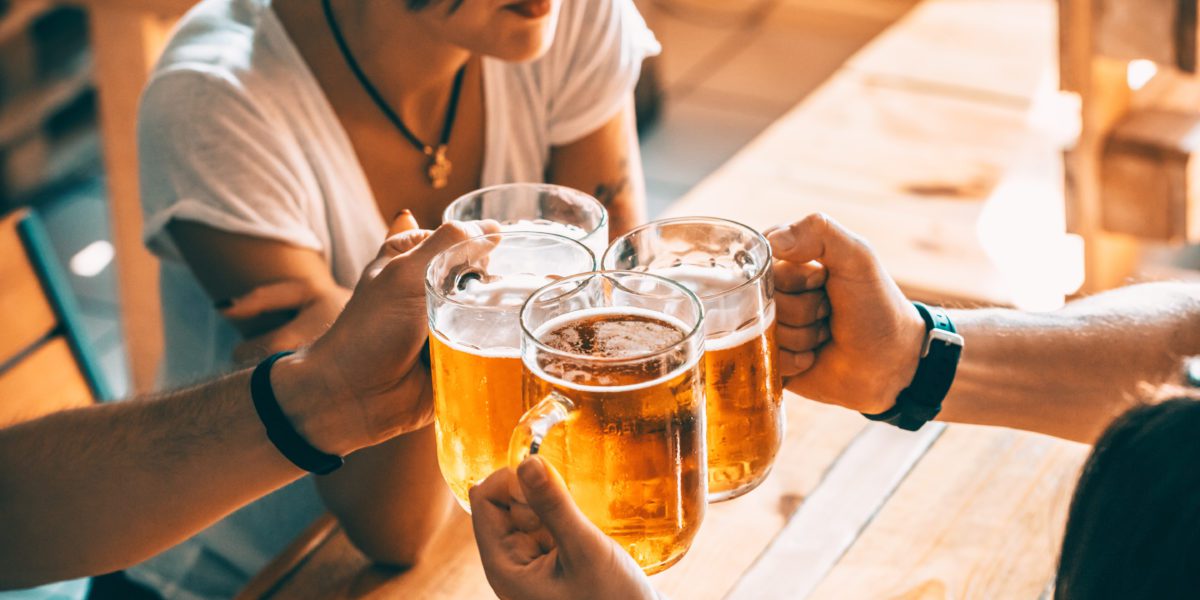 Women and minorities are still underrepresented in the beer industry, but steps are being taken to diversify © | Levgenii Meyer/Shutterstock

Imagine waking up in an uncomfortable, unfamiliar body every single day. Living someone else’s life, trapped in relationships that don’t feel quite right—you aren’t who you’re supposed to be. Now imagine that you’ve finally found your authentic self, only to be intercepted by a brutal world rife with prejudice. Your every move is questioned, and your apparent capabilities are suddenly met with skepticism and rejection.

Sounds like the premise of a horror film, doesn’t it? But it’s a grim reality for far too many trans people, and trans women, in particular, must contend with an additional layer of bias. For those working in the male-dominated craft beer industry, the obstacles are steeper still. Yet the market is a powerful lens through which to gauge the attitudes of American society, as it echoes both persistent problems and hopeful trends.

Julia Astrid Davis of Chicago’s Empirical Brewery and Rachael Engel of Seattle’s Ghostfish Brewing Company are two women who weren’t afraid to start over and reboot not only their careers but their entire lives in the process.

“I’ve always thought that the brewing industry [represents] a lot of things in miniature,” Engel muses. While brewing was a historically female role—ancient Sumerian and Egyptian beer goddesses were women, and brewing was a kitchen-bound role reserved for female members of society since the Babylonians—industrialization changed the public face of beer to a white, typically bearded male. Women and other marginalized people now face fewer opportunities at every level, from the taproom to the boardroom.

Awareness of gendered power disparities in the beer sphere is only beginning to tilt the balance back in women’s favor. Only 21 percent of American breweries have women seated in an executive-level or top management role, and that’s an even higher percentage than what’s been found in the finance, healthcare, or IT industries. Minorities are still woefully underrepresented, but the Brewers Association, an American organization that supports independent brewers and their products, is taking steps to diversify.

If the brewing industry is something of a microsom, as Engel suggests, then the parallels run deeper than trends or statistics. Brewing is akin to the alchemy of identity; precise ingredients measured in just the right amounts are prepared uniformly for specific periods of time to yield a replicable concoction, but no two batches are exactly the same. Nobody knows this more intimately than female brewers who are also members of the trans community, who constitute a special blend of creativity, innovation, and courage, but whose experiences as individuals make each story unique.

Davis used to live under the guise of masculinity in an IT job, but what she really wanted to do was brew beer. She spent her spare time home-brewing, and when she fortuitously lost her job, she found herself at a turning point. She could either continue down the familiar path of least resistance, or jump down the rabbit hole with conviction. She chose the latter. Davis’ brewing journey spanned thousands of miles, from Søgaards Bryghus in Denmark to Chicago’s Goose Island Brewery. Little did she know, she had also embarked on a journey of the heart that would reveal her true identity in more ways than one.

“I’m not one of the trans people who knew since she could walk and talk that she was always going to be a woman,” Davis says. “I saw masculinity as an obligation, but over the years, I saw more signifiers that I might be trans.”

When she decided to transition, her employer made the logistics easy. But while her co-workers were accepting during the process, she was met with an unpleasant surprise on the other side. “Assumptions about your competence change when you’re a woman,” Davis says with dismay. She eventually left for her current position as a brewer at Empirical Brewery, which she describes as “an extremely supportive environment toward me being trans.”

While Davis was gradually guided toward her chosen career, Engel started off in the right place—with one problem. “I spent 18 years brewing, thinking I was a guy,” she recalls. “I had the full-on brewer beard and fit all the stereotypes.” She worked at breweries along the West Coast, gaining extensive experience, but “was never quite comfortable with my personal life, or with life in general.”

Engel says that on some level she had known her true identity since her teens, but spent much of her life resisting it. In 2017, she realized it was time to trade the beard and overalls for long locks and cat-eye makeup. That’s when the rosy glow of living her truth melted years off her appearance and dissolved the deep-seated discomfort that was a dead weight on her soul. But upon coming out, Engel was forced out of a brewing opportunity she’d been working toward for nearly two decades—a tragically common circumstance. After punching through what became a dark time in her life, Engel landed a job at Ghostfish Brewing Company, where she works as a brewer and Certified Cicerone.

“The [staff] are all really supportive,” Engel says. “I’m the only woman on the brew floor, but they treat me just like everybody else.”

Davis’ and Engel’s unique experiences illuminate some bitter truths. “The hardest part about the transition…wasn’t so much being trans as it was being a woman,” Davis says. “People question your skills and experience more, and just don’t take you seriously.”

Of the many forms of discrimination that poison the American workplace, misogyny is still among the most prevalent. “I got to see how sexism in the industry works from both angles,” Davis says. “Listening to what men say about women when they think no women are around; hearing about what happens to women in the industry from the outside and then experiencing it myself was eye-opening.”

Engel notes that raising awareness is key, because most men don’t see the harm they’re causing. “I’ve spent a lot of the past couple years apologizing to people for the way I was before,” she says.

However, the battle for full equality goes beyond women’s rights. “The fact that being a woman in the industry is still considered novel means that other marginalized groups are more or less invisible,” Davis explains. “Feminism must be intersectional to include everybody who wants to be part of the brewing community.”

To this end, Davis and Engel have found incredible camaraderie in the brewing community. “We support each other—both trans people and women in general,” Engel affirms.

Engel is a member of the Seattle chapter of the Pink Boots Society—a professional organization exclusively for women in the beer industry, from servers to brewers and executives—and recalls that from the first meeting, “Everybody was supporting me, inviting me places, and feeding me job leads. It’s the most amazing group I’ve ever been a part of.”

While a Pink Boots Society-type network specifically for LGBTQ+ workers has yet to materialize, Davis plans to organize a like-minded advocacy group. In the meantime, she founded an online community of beer professionals who identify as trans to offer support. Engel is also a member.

Just as the industry is indicative of society’s fault lines, so too can it be a catalyst for change. The craft beer industry is producing consumable political protest with brews such as Rooftop Brewing Company’s ImPeachMint IPA and Chinga Tu Pelo (Fuck Your Hair), by 5 Rabbit Cervecería. Perhaps we’ll soon see a Trans Pride Tripel or a She Persisted Porter on grocery store shelves. 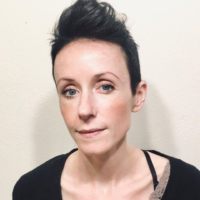 Holly Regan is a professional writer and editor with over a decade of experience. Her work has appeared on The New York Times Opinionator blog, The Huffington Post and October, as well as on her food and travel blog: Praise Seitan! She is also a partner at Gilbert's Cheese Experience: a cheese-pairing pop-up that connects consumers with food and beverage producers.