The Ongoing Fight for Gender Equality in Iceland 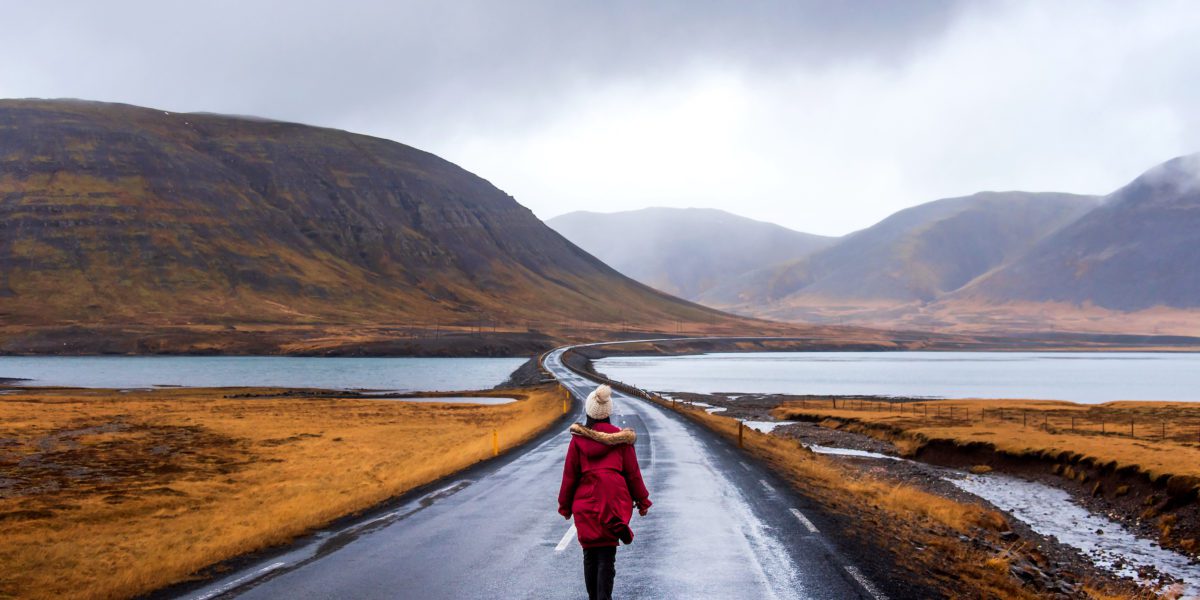 The Glacier Experiences "Kona Tour" combines a trip through Iceland's natural beauty with a look at the country's gender equality and feminism. | © Creative Family/Shutteratock

When, for the 11th consecutive year, Iceland was named the most gender-equal country by the World Economic Forum Index, its women did not cry, cheer, or celebrate. Instead, they did what they’ve been doing all along: nodded affirmatively, rolled up their sleeves, and got back to work.

“We bring a lot to the table, but that doesn’t mean we don’t have problems,” said Rósa Björk Brynjólfsdóttir, a member of the Icelandic parliament, over coffee in downtown Reykjavik one Saturday before the pandemic.

I’d come to Iceland on assignment for Unearth Women, invited by Glacier Experience—a local tour company with a specific trip focused around two internationally heralded commodities of Iceland: its natural landscapes and its gender equality.  It was the day after Greta Thunberg historically inspired schoolchildren in 150 countries to participate in a climate strike on leadership inaction in front of their respective government buildings. The strike mirrored a similar uproar nearly 45 years earlier when 90 percent of Icelandic women in the workforce staged a walkout to protest wage disparities, effectively paving the way for the Icelandic women’s movement.

The Kona Tour (“kona” meaning women in Icelandic) takes visitors on a historic journey through the small island country’s past that has informed its current policy. Company owner Kjartan Valgardsson led the tour, connecting us with past and present female members of parliament, activists, labor union leaders, and more. Though the tour company—along with others across the country—has been shuttered throughout the pandemic, Valgardsson is hopeful business will pick back up again this summer. The country has a good track record among European countries for containing the virus and has suffered just 28 deaths to-date. As of February, the country was on its fifth straight day of no new cases detected. Travelers arriving in Iceland are required to produce two negative PCR Covid tests at the border or show proof of COVID vaccination upon arrival.

“What’s the magic bullet?” asked Magnea Marinosdottir, the special advisor to the Prime Minister on gender equality, at our crash course in Icelandic feminism. Marinosdottir, who has previously represented Iceland for the United Nations, said other countries are always seeking the quick answer on how to mirror Iceland’s progress.

To understand how Iceland has risen to the top in its equality movement for over a decade, we trace the origins of the movement. The real momentum began on October 24th, 1975—Women’s Day Off—when the country’s women took the day off to demonstrate the importance of equal pay.

“My generation was born into an atmosphere of women’s liberation,” wrote Prime Minister of Iceland, Katrin Jkobsdottir for the World Economic Forum in 2018. “As children, we were surrounded by role models, where women took up more space in society than they had ever done before.” The first female president, Vigdís Finnbogadóttir, was elected in 1980, putting Iceland on the world stage for the first female head of state anywhere in the world.

“For us, it meant that we were not forced to choose between having a family or having a career,” Jkobsdottir wrote. “…a choice that women in many countries are faced with, limiting women’s participation in the labor market and their access to decision making.”

It’s no coincidence that the sharp rise of women in government—nearly 40 percent of the Icelandic Parliament’s 63 members are women—has led to legislation aimed at equality. In 2019, Iceland became the first country to actively legislate equal pay, despite a nearly 60-year-old law making it illegal to pay men more than women. To regulate, the government devised the equal pay standard and certification, which classifies and ranks all jobs within a company of at least 25 full-time employees and assigns them a monetary value.

“Before the equal pay certification came, there were very vague job descriptions and it was very difficult to compare jobs if they weren’t exactly the same,” Marinosdottir explains. “In the end you’re comparing oranges to oranges, not oranges to apples. This is the lesson from Iceland. If you don’t have the methods or the tools to implement the law, you’re never going to get there.”

Affordable childcare, too, plays a role in empowering Icelandic women. Paternal leave for new parents totals nine months with a “use-it-or-lose-it” three months assigned to both mothers and fathers, and the remaining three months split between them. New legislation prolongs the leave to 12 months as of January 2021.

The country also takes a progressive stance on abortion. In 2019, Iceland changed its abortion law to allow termination of a pregnancy up to the end of the 22nd week and eliminated the need for a committee’s approval. Previous laws allowed abortion up until the end of the 16th week and required a committee sign-off.

Of the many takeaways gleaned from the trip, one common refrain from the women we encountered was this: there is always room for improvement. For Drífa Snæda— the first female leader of the ASI, a labor union in Reykjavik—gender segregation still exists in the Icelandic workforce because women still hold lesser paying jobs.

“There have been too small changes in horizontal and vertical discrimination,” explains Snædal. “What needs to be done is to value caregiving jobs that women do equally to men’s jobs. The rise of the minimum wage is actually an act of equality, even if we don’t say it straight out. More often the women sit at the bottom of the wage structure so the rise of minimum wages is a rise in women’s wages.”

What that means throughout the pandemic, is that women are bearing the brunt of frontline work,” Snædal tells me over a Zoom call. “The workload, of course, in frontline workers is on women, but they haven’t lost their jobs.”

Unemployment in the country has skyrocketed over the past year from 3 percent of the population to 12 percent—though the gender breakdown is about equal, Snædal explains. The disparity comes from who is most impacted by unemployment—26 percent of the unemployed are non-Icelandic compared to just seven percent that is Icelandic. That’s because the tourism sector in Iceland is largely run by immigrants.

But Snædal, too, is hopeful that tourism will pick back up again soon.

“We, of course, welcome people from abroad to our beautiful country,” she said. “We have a lot to offer, and hopefully we will be able to provide a healthy, safe environment.”

Iceland may consistently outscore other countries on the gender equality index, but the index only measures access to education, health services, and participation in both the labor market and political arena. What is notably absent is the rate of sex-related crimes, harassment, and abuse that often plagues women. “[Iceland] is still a culture contaminated by sexism and misogyny,” says Marinosdottir, woefully.

As an example, Icelandic Parliament’s Brynjólfsdóttir pointed to an event that happened within the government in late 2018, when seven politicians were recorded speaking about female colleagues in lewd and sexist terms. The politicians apologized, but only two were removed from office. The rest took time off, but continue to serve today.

During my time in Iceland, I was joined by a 20-year-old activist and former TEDx speaker, Una Torfadóttir. Torfadóttir is a musician and performance artist whose work is largely inspired by addressing gender norms. In 2015, she wrote a poem titled “Dear Girls,” which addresses issues women face daily. The poem was later turned into a dance performance. As Torfadóttir put it, although Icelandic legislation is mostly equal in terms of gender, the country still has a ways to go.

“Social change happens through generations, and one day the laws that provide women the same rights as men will no longer be needed,” she explains to me. “Equality will become the norm, the social agreement that women deserve no less than men. My generation is paving the way for the next generation to not have to worry about gendered stereotypes.”