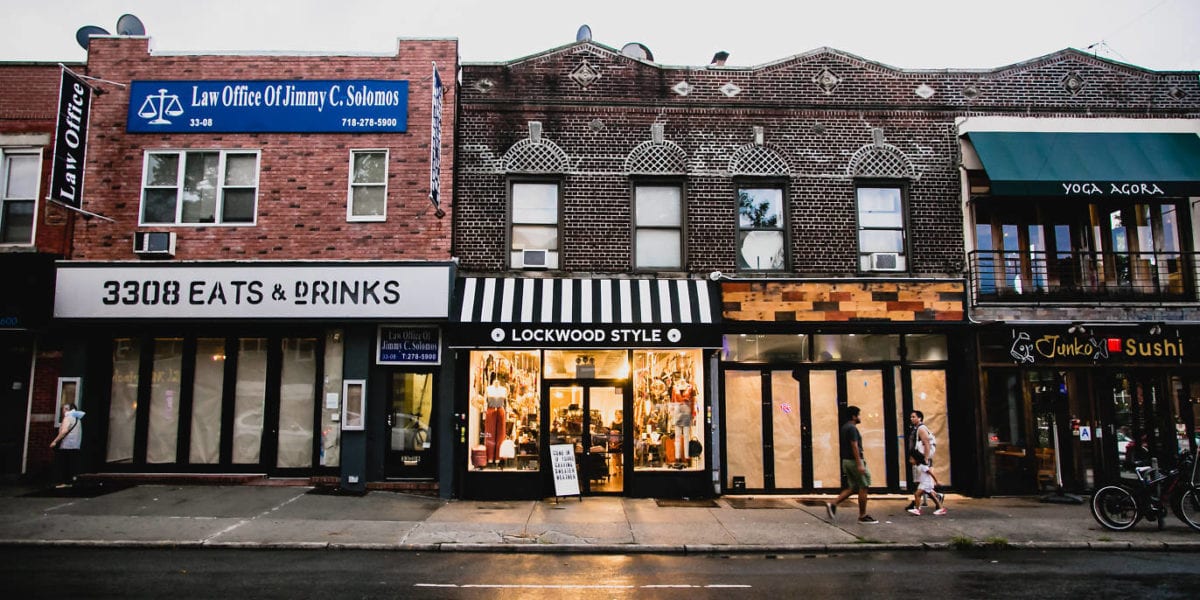 I have lived in Astoria for over five years now, so when the time came to spotlight a local female entrepreneur for our #WomenOwned series, my mind went immediately to the Lockwood shops and Mackenzie Farquer. On Broadway Avenue, right off the N/W subway stop, there is a corner where three Lockwood shops form an awesome shopping destination.

There is Lockwood Home & Goods (the original), where everything from artisanal candles to kitchenware is sold. There is Lockwood Paper, which is nothing short of a mecca for anyone who needs more in life than just scrap paper and BIC pens. And then, there is Lockwood Style (my personal favorite, right around the corner), where chic outfits are sold alongside locally made jewelry and women-founded products.

Whenever I visit any of these shops, I always visit all three because, well, that’s just what you do. Each store is more inviting than the next, while all the products are so expertly curated you can’t imagine how they get it right every single time. In that, rests the vision and talent of its founder, Mackenzie Farquer.

Mackenzie left the finance world to become a small business owner at age 23. She opened her first store, Site, in 2007 before re-imagining the concept as Lockwood, which opened the summer of 2013. Taking the lessons she learned as an early entrepreneur, Mackenzie has successfully scaled her business into an empire with three stores in Astoria, a store in Jackson Heights, and a newly-opened store in Greenpoint, Brooklyn.

The magic of the Lockwood shops rest in the attention to detail and its ever-evolving displays. In this second episode of #WomenOwned, we sit down with Mackenzie (who is also founder of the popular We Heart Astoria outlet) about how she got started.

Missed the first episode of #WomenOwned? Don’t worry, you can catch up here!

« India’s Pink Clad Vigilantes, the Gulabi Gang
Everything You Need to Know About Coronavirus (COVID-19) »