How Women are Supporting Female Refugees in Northern France 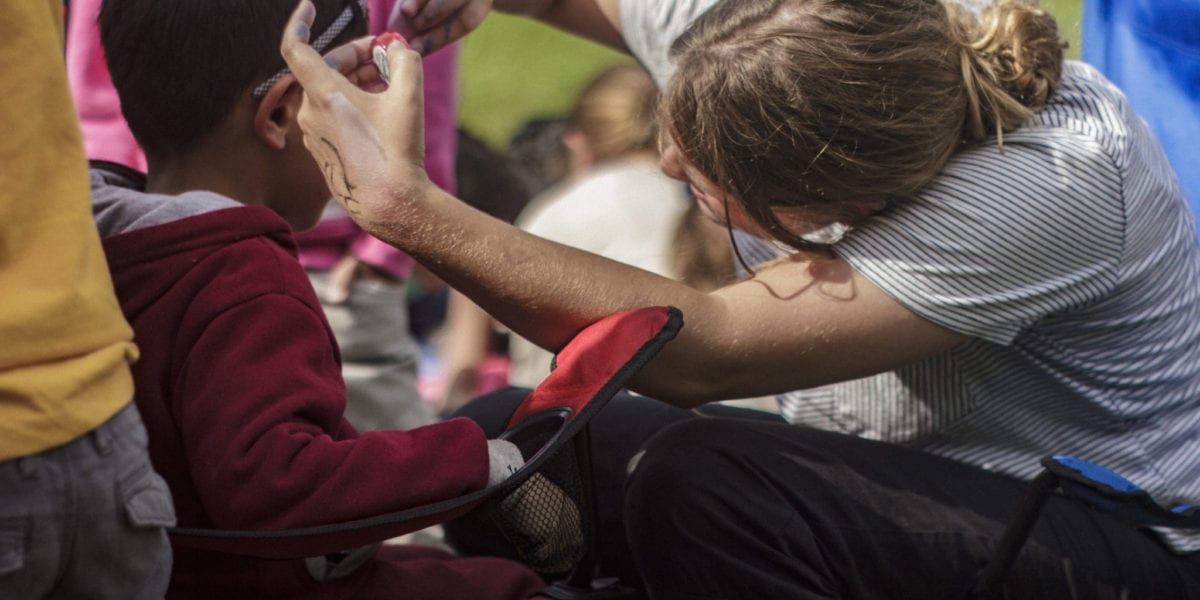 In an asphalt parking lot in Northern France, adult women ask me for diapers. These women are Kurdish-Iraqi refugees, living in the forest previously home to France’s first refugee camp. There are no toilet facilities here, just a patch of mud where men squat. These women have fled across Europe with their babies on their backs, and are not above using the bushes, but at night, in a forest controlled by men and mafia, they are terrified to leave their tents. So I pack diapers.

I am volunteering with the Dunkirk Refugee Women’s Centre (RWC), and today we are operating from the trunk of a banged-up Honda Civic. RWC provides mobile support to women, families, and unaccompanied minors living in the woodland of Grande Synthe, France. Grande Synthe is a suburb of Dunkirk and was previously home to La Linière, France’s first official refugee camp. Although refugees have been in Northern France since the early 2000s, it was only in 2016 that the Mayor of Grande Synthe created France’s first official refugee camp, named La Linière. A year later, in April 2017, this official camp burned down. While the rest of the world has forgotten about the refugees of Dunkirk, the 100% volunteer-led, 100% women RWC team continue to supply daily support—in the form of donations, psycho-social support, a women-only space, English lessons, social service referrals, the occasional face painting, and more.

The origin of RWC dates back to the opening of the official La Linière camp when volunteers noticed that women were not leaving their living spaces. Although women make up approximately 50 percent of the global refugee population, they also face unique challenges in refugee camps, such as sexual assault and exploitation.

“The fact that European governments have been avoiding to provide safe and legal means to refugees fleeing the war also increases the risk of women and girls’ being subject to horrific infringements,” explains Kumi Naidoo, Secretary-General of Amnesty International. This rings true for the women in Grande Synthe, as Caroline Cottett, the co-founder of RWC, states, “It feels like there are more factors in a refugee camp and more sources of power inequality, than in society or “in real life.” Refugee camps are dominated by men, forcing women out of social spaces. Even seemingly simple things like lacking a head scarf could mean the difference of whether a woman leaves her living space to get food or use the toilet that day.

In 2016, RWC was created to fill this gap and offer the women of La Linière material and psycho-social support. Following the devastating fire in April 2017 that destroyed La Linière, the camp was shut down and all the large charities left. But the refugees remained, and so did RWC. RWC was and remains led by an all-women volunteer team, comprised of six to eight women on the ground, supported by a network of international volunteers. RWC is currently one of only three grassroots charities still serving Grande Synthe on a daily basis, alongside Refugee Community Kitchen (which provides one meal per day), and Mobile Refugee Support (which provides wifi and phone charging points).

The current situation in Grande Synthe is tense, describes Sahra Nasr, a recruitment officer for RWC. According to Cottett, “The situation in [Grande Synthe] at the moment is surprising: whilst everywhere else in Europe we have seen a serious decrease in arrivals of refugees, we have seen a lot of arrivals in Grande Synthe in the last month.” To put it in numbers, during September and October 2018, the RWC population has grown from a steady 600 to over 1,500 people sleeping rough in the woodland of Grande Synthe. This number includes 80 women, over 100 children, and 60 unaccompanied minors.

Whilst the RWC volunteers have altruistic aims, they are faced with internal challenges such as a constantly rotating short-term volunteer base, lack of training, and more. As Nasr explains, “One of the most challenging aspects of supporting the women in [Grande Synthe] is the lack of specialized knowledge on the ground.” Many of the RWC volunteers are young women who just left school or are on career breaks, intermixed with more ‘long term’ volunteers. However, over the last year RWC has expanded its support network to offer more specialized training to volunteers. “RWC isn’t run by professionals, it was created and is run by committed individuals who saw an issue that needed to be addressed and did something about it. It’s women supporting women,” says Nasr.

Neither the French or British states have offered sustainable solutions to the crisis in Dunkirk. Over the last year, the French government has begun redistributing refugees to accommodation centers across France, where they can stay for up to a month and apply for French asylum. However, most refugees in Northern France are there because they want to be smuggled into the UK. Although RWC does not endorse illegal border crossings, they know that relocating refugees far away just means they will leave the centers to return to the border, creating an inevitable cyclical movement.

This is combined with the regular destruction of refugees’ tents and belongings by French police, in an effort to discourage fixed abodes. These evictions, however, are only a temporary solution that, as Nasr describes, add further instability to refugees’ journeys, ‘particularly when the police aren’t held accountable for their actions. “It feels like the French state and the city hall of Grande Synthe are playing a soccer match, and refugees and volunteers are the ball,” says Cottett. “Sometimes the situation gets better, often it gets worse.” With winter approaching, and more refugees than spaces in accommodation centers, RWC and the women of Grande Synthe are still awaiting a solution by the governments.

Despite these challenges, RWC continues to empower women who are refugees in Grande Synthe. Whilst RWC volunteers attempt to provide emotional and social empowerment, they often find the real source of empowerment is in material objects. Thanks to RWC, female-focused donation distribution creates the opportunity for women to become their families’ main providers. The majority of women refugees here are mothers, and whilst womanhood encompasses much more than just motherhood, for the women of Grande Synthe these are often two inextricable identities. In a situation where most is out of their control, RWC gives these women the opportunity to affirm a leading role within their families.

Back in the parking lot, some of the women paint each other’s nails, toddlers squirming in their laps. In the Honda’s front seat, teenage girls charge their phones and blast Kurdish pop music through the speakers. A team of volunteers passes out donations, and paint the children’s faces. It starts to drizzle, and the women scoop up their babies, holding plastic bags over their hair. “See you tomorrow!” volunteers yell. The women yell back “Tomorrow, inshallah,” meaning God-willing. Nothing in Grande Synthe is taken for granted. So, it’s small moments of joy: nail polish, music, a moment of stillness with other women. But on some days, that is enough to eclipse the horrific conditions in Northern France, even if just for an afternoon. 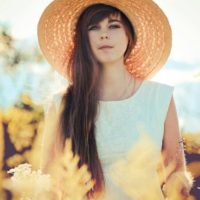