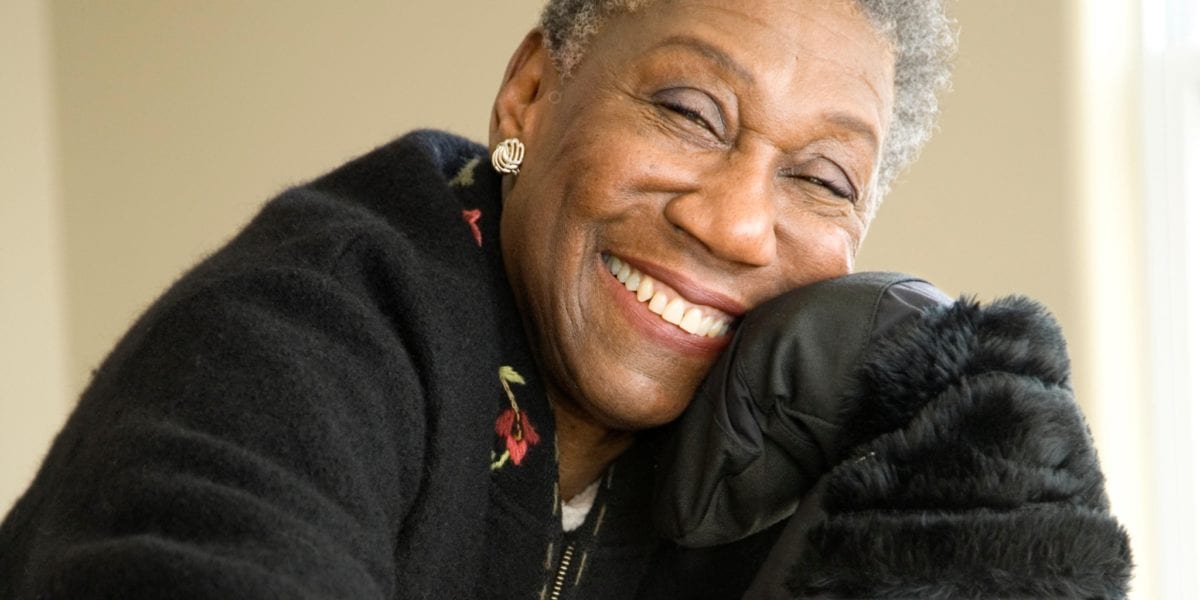 Portrait of the late Barbara Hillary, a legend| © Cavan Images/Alamy

I remember when I first met Barbara during the W Hotel’s ‘What She Said‘ series back in 2018. I was asked to join a panel of intrepid women who would speak about life-changing trips, and one of those women was Barbara Hillary. It took less than two minutes for me to be blown away by Barbara. She was the type of woman to casually say things that made you want to immediately jot it down for posterity. At a certain point in our panel — and I say this with no exaggeration — I wanted to drop the mic, step off the stage, and sit cross-legged in front of Barbara, hanging off her every word.

You see, it wasn’t just that Barbara had incredible stories to tell. Most travelers I meet will regale me with anecdotes about the time they fell in love in France or got lost in Borneo. Rather, it was Barbara’s sheer tenacity and magnetism that made her a remarkable woman. She was an unapologetic firecracker, a well of wisdom, and a woman who defied every stereotype that society tends to force upon elderly and Black communities.

After retiring from a 55-year career in nursing, Barbara sought unique adventures. She went dog sledding in Quebec and photographed polar bears in Manitoba, but it wasn’t until she learned that no Black woman had traveled to the North Pole that she would set her eyes on reaching it. At age 75, Barbara found herself standing on top of the world — literally. As a lung cancer survivor, she had lost 25 percent of her breathing capacity due to surgery; but despite health and financial obstacles (she had minimal funding to back her endeavor), Barbara broke a world record. She became a legend and in the years that passed, she would speak at conferences and organizations, and even become Editor-in-Chief of The Peninsula Magazine, a non-profit and multi-racial magazine in New York .

Barbara never let her age hold her back. She took pride in defiantly scaling mountains and traveling to far flung locales. She scoffed at the notion that elderly folks should waste away in nursing homes, choosing instead to live life on her terms. After that panel, I sporadically kept in touch with Barbara in the time that followed. I had the honor of featuring her in the second issue of Unearth Women magazine, and was thrilled to learn how happy holding that magazine made her. Anytime we’d hop on a call, she would launch into stories that were always interwoven with golden nuggets of wisdom as only one who has lived a storied life can share.

In the last few months of her life, I had been in touch with Barbara in hopes of having her as a guest speaker on an upcoming Unearth Women panel. If her health was failing, she kept the secret well. I knew only that Barbara — ever the intrepid — was making plans to travel to outer Mongolia to visit a nomadic tribe known for herding wild reindeer. Before passing on in late November 2019, Barbara had her final adventure and did make it to Mongolia. In this interview, from our second issue, I remember the sparkling humor and sharp wit of the great Barbara Hillary.

Unearth Women (UW): You are the first black woman to reach both the North and South poles. What was the inspiration behind your record-breaking trip?

Barbara Hillary (BH): I started photographing polar bears after retiring and fell in love with the North and with the people that I met—they were interesting, they were dynamic, they had a lust for life—and after that, I went on to learn to snowmobile and dog sled. I started to think about traveling to the North Pole and when I inquired, I learned that no Black woman had ever gone before.

UW: Once you decided to embark on a journey to the North Pole, what happened next?

BH: Confusion! As a 75-year-old black woman who decided she wanted to ski to the North Pole, where could I start? Who could I ask? Where could I get the money? The questions kept mounting, I thought I’d be submerged in the questions. Then, when I attempted to ask the questions, the answers were very discouraging or just blank looks.

I had to sit down, pull all this together, learn from my mistakes, and that’s how I got started. It was a matter of raising money and convincing potential funders that I was not a woman running loose in a nursing home, using the telephone, and calling people at random.

Just imagine my opening introduction: “Hello, my name is Barbara Hillary. I’m a 75-year-old black woman and my goal is to ski to the North pole.” How often do you hear that? This was part of the difficulty and the challenges that I had to face. Financial challenges, human challenges, it seemed as if it never ended.

UW: Did you face racial challenges in the planning of your trip?

BH: There was ageism and, in all probability, there was racism. However, there were so many wonderful people that overshadowed some of the difficulties that I faced. There were potential sponsors who took the time to help me in terms of equipment and what I needed. That is what overshadowed the negative. I can’t remake people, I can’t change their values, but I can salute and show my appreciation for people who are very nice. I must say that racism was not a key factor.

UW: You mentioned facing ageism challenges. What are your thoughts on ageism in today’s travel industry?

BH: I think the travel industry is just a parcel of the American problem with its elderly. We live in a society that does not hold the elderly within the same respect and high esteem as other cultures. I say this not only based on my own experience as an older person but as a person who has completed graduate and post-graduate studies in the field of gerontology. Reinforced with the most important study is growing older and how people treat you and how people dismiss you and how people assume you can’t hear, can’t see, or how dare you mention sex, and how you should be happy to sit home or go to a nursing home and die quietly and become a source of profit for the nursing home industry.

UW: Have you felt the ageism paradigm shift at all since your record-breaking endeavor?

BH: If one wants to institute major changes in society, it doesn’t start with one act. We have to look at how our society is structured. As long as our society is structured in such a way that the elderly are portrayed—in television and commercials—as mindless, sexless, useless, this permeates and goes forwards. My suggestion is we, as a society, look at what we’re doing and then we start to change it through education at a young age.

UW: What was that moment like when you finally arrived at the North Pole?

BH: It was a feeling that is almost difficult, if not impossible, to describe. It was so joyful, so breathtaking, so surreal, so many emotions roped into one feeling that you feel as if you’re almost choking with emotion. It was an an experience that I have never known before, and may never know again, and it did reinforce that it wasn’t all about me. That whatever you achieve, it’s because someone took time to help you be where you are today. In my case, my mother raised me in such a way she taught me the world didn’t owe me anything and that if you want something in this world, you get up off your ass and work for it. That is factored into my life and how I see my accomplishments. It was the way I was raised that gave me a lot of the strength when I needed it.

UW: What is your advice to senior travelers who are inspired by your trip but feel pigeonholed by society?

BH: Give yourself a mental enema. Get out and do what you want to do and don’t concern yourself with what other people think!

UW: You’re off to Northern Mongolia next to visit the Reindeer People. What has been your biggest takeaway from traveling so far?

BH: In my limited travels, I have become aware that there is so much that we can learn morally, ethically, and in terms of basic survival from other cultures and other people. In my public speaking—whether at universities or other organizations—I’m always amazed when I look out at the audience and see how much we all have in common, if only we permitted ourselves to see it.