Noorjahan Akbar and Her Mission to Empower Afghan Women 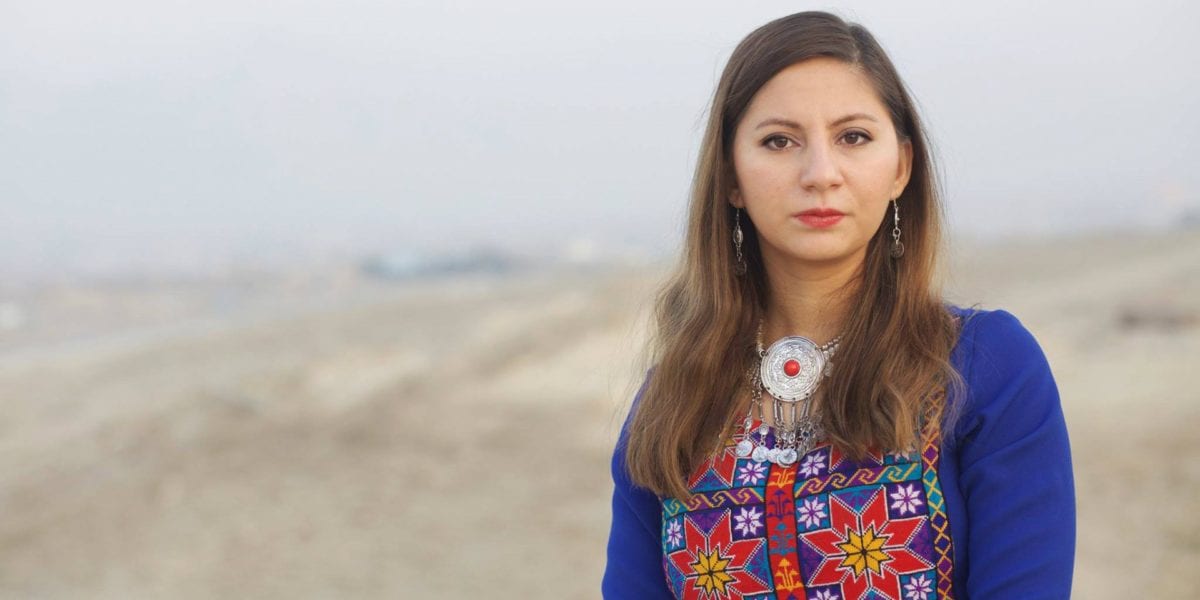 Human rights champion, Noorjahan Akbar, helms global initiatives — such as Free Women Writers — in support and defense of women in her native Afghanistan. She endeavors to empower subverted citizens through activism and free speech, risking her own safety to emancipate women around the world from the hegemonic fetters of time-worn patriarchal systems.

A lifetime of harassment prompted this former refugee to speak out against violence and oppression whilst equipping fellow women with the knowledge, skills, and confidence to find their own voices so they may join her in the fight for equality and representation.

Here, Noorjahan Akbar speaks about her previous work with Women for Women International, her current work with Free Women Writers, how women around the world can mobilize to aid one another, and why a unified, cross-cultural definition of consent is paramount to societal progress.

Noorjahan Akbar: I grew up in Afghanistan and Pakistan until I was five years old when my family left Afghanistan and became refugees because of the Taliban. It was inevitable that I would become involved in human rights. Life [in Afghanistan and Pakistan] is so difficult for women, we face so many disadvantages. I think that [my status as a female refugee] was essential to seeing all the things I was deprived of simply because I was a refugee woman.

My [parents] are very socially-conscious people. My dad was an activist—he worked for workers’ rights—and as a teacher, he was dedicated to social justice and gender equality. He was a big supporter of women’s rights and was passionate about creating educational opportunities for women. Talking about discrimination and inequality was big in my family. My whole life has led me into activism, specifically, focusing on women’s rights.

UW: What issues are you most passionate about?

Noorjahan Akbar: I think we have to urgently prevent violence against women. One in three women around the world has faced physical or sexual violence, and that’s not including verbal harassment or the other forms of covert oppression and discrimination that we face.

I grew up in a family that was incredibly supportive of me, where I was seen as a capable, equal person. But that didn’t protect me in the outside world. I faced harassment like all other girls did, all the time. When you walk down the street in Kabul, it’s rare if you don’t get harassed. In fact, I remember when I was a student in the sixth grade, I would be followed home from school every day by grown men. My experience was one of a million.

I was working at a radio station in Afghanistan when I was 14, and I was sexually harassed by a company driver who touched me inappropriately. I left because of him, but that job was a source of empowerment for me; I had an income and I was creating shows for other children. It was a unique opportunity for a girl to have, and I [left] because I didn’t feel safe in my workplace.

UW: The 2nd issue of Unearth Women magazine focused on the theme of consent. What does consent mean to you?

Noorjahan Akbar: For me, consent is an enthusiastic and participatory “yes.” I know some people say it’s confusing, but I honestly don’t think it’s that confusing. The lines have been clear from the beginning. We have always known not to do certain things. If the vast majority of women have a natural understanding of what consent is and then many men don’t, that makes me think it’s the culturalization of manhood that finds convenience in this ‘grey area.’ I have never questioned whether I’m in a consensual situation or not, it’s always clear, and I think that’s the case for most women.

UW: How can we, as women, work toward a more unified definition of consent across countries?

Noorjahan Akbar: I think it’s possible to have a unified definition of consent through advocacy, by changing media, through how we portray love in our stories, our narratives, our books, and podcasts. I think working toward a holistic approach and changing perceptions of consent is really important, and it’s something we can all impact.

So, if you’re not in the media, if you don’t have a podcast, then you can change how you speak about love, romance, and consent to your friends. Even in our daily discussions, we can move the conversation toward a definition of consent that is more respectful of women and human rights worldwide.

UW: In 2012, you penned a letter to a man who harassed you in Kabul. What message were you sending through that action?

Noorjahan Akbar: While the letter was to my harasser, it was really to everyone who remains quiet. In 2011, I organized a protest against street harassment in Afghanistan. Women have come to normalize street harassment, and I wanted to change that perception and demonstrate that harassment prevents women from being fully active in society. So in my letter, I spoke about the deep emotional cuts that harassment causes, and how it harms all of us. No country benefits from holding women back, keeping them afraid and unable to innovate or affect change.

We are constantly reminding women—through street harassment, through harmful policies, through lack of safe spaces—that they are secondary and that they don’t matter. I see street harassment as a moral and societal issue, but also as an economic issue. It impacts how much money women spend on taxis versus public transportation, how often women seek jobs, our ability to stay in education. When I wrote that letter, I wanted to start that conversation on a global scale.

UW: How have men, in particular, responded to your activism in Afghanistan?

Noorjahan Akbar: After the street protest, there was a media campaign against myself and my team. A local conservative outlet photoshopped our images and posted them on their social media channels, even aired them on national television. Some religious leaders said that if women dressed properly and didn’t hang out in co-ed spaces then they wouldn’t be harassed in the first place. I got a lot of threats. I felt really unsafe in Afghanistan. Even now, I go back and forth (my family lives there) and I continue to fight for women’s rights, but the backlash [my activism] received was quite discouraging.

UW: Tell us about your previous work with Women for Women International.

Noorjahan Akbar: Women for Women International helps the most marginalized, impoverished women who make less than a dollar a day. I see that people are more receptive to activism that creates financial opportunities for women and, in turn, their families. In Afghanistan, some forms of activism are more accepted than others. If you’re teaching local women how to earn an income, that’s great; but if you’re asking for political participation, it’s problematic.

UW: In 2013, you founded Free Women Writers to empower female journalists in Afghanistan. Can you talk more about the initiative?

Noorjahan Akbar: I noticed that a lot of books sold in Kabul were radicalized. Books with titles like, Seven Types of Women Who are Going to Hell. With my own savings, we published a book for women—1,500 copies of it— and we ran out within a month. It was distributed in six different provinces, and people from all over came in and took it.

I wanted it to stay available, so we put it on Facebook. We published it article by article, and in turn, others began submitting their own stories. So completely organically and accidentally we became a platform for women. Today, Free Women Writers has 140 writers around the country managed by a team of 15 people. We’re all volunteer members, spread out across Afghanistan and the United States. We recently published a book about women facing violence in local languages, and then we made it available in English. We are trying to experiment with how we can use literature to change minds, how we can use storytelling to change the culture, and how we can do it all sustainably.

UW: How can women around the world support your causes?

Noorjahan Akbar: I’m a big believer in sisterhood and in sharing our advantages. A really simple way to help a woman in Afghanistan is by sponsoring her through Woman for Woman International. When you sponsor a woman, you form a personal connection with her. You can exchange letters and photos and get to know each other.

A version of this article appears in the second issue of Unearth Women magazone, available now in our online store.