The elderly woman in front of me is hunched over. Her frown deepens the creases in her weathered face as she rubs her lower back and groans. Beside her is a tall, younger woman. Both women are members of the Africa’s San people and stand barefoot in the dust, clad in brown animal skins worn in the style of their ancestors.

The younger woman has plucked a twig off one of the many plants that grow here in the Kalahari Desert. As is the case with much of the local flora, the plant’s unassuming appearance belies the power of its properties. The younger woman explains this in her native Khoisan dialect, a language characterized by its use of ‘clicks’. A translator stands by, turning her words into English. She says that this plant can turn an old woman into a young one.

The elderly woman slowly shuffles around to face away from the younger woman, who uses her finger to draw an imaginary line across the old woman’s lower back. Here, she explains, they will make an incision and rub into it the plant she’s holding. Before long, the ache in her lower back will be gone. The elderly woman straightens up and looks over her shoulder, smiling. Shaking out her shoulders she begins to walk, tall and with confidence, swaying her hips as though she were strutting down a catwalk. Everyone laughs.

For millennia, the San people of southern Africa have made use of local plants for everything from medicine to tools and crafts. The land’s resources have yielded countless means by which to sustain the San people’s way of life. As a semi-nomadic hunter-gatherer society and traveling in groups of 15 to 50, everyone in the San community has a role to play; and though she could hunt, the woman’s role has long been to gather these plants and transmit her extensive horticultural knowledge through the generations.

The two women before me are part of a small San group in Botswana fighting to keep their ancient culture alive by teaching others about it. The San people are believed to be the direct descendants of the first modern people, making them one of the oldest and most enduring cultures in the world. They are indigenous to Southern Africa—from the South African coast up to Southern Angola—and while archaeological evidence suggests they’ve occupied the region for 20,000, perhaps 44,000 years, they may have inhabited the land for more than 120,000 years.

Though many San people have been forced to assimilate into imposed societies since the colonial era, it was more recently—at the close of the 20th century—that the last remaining traditional San abandoned their ways. Today, San tribes predominantly reside in Botswana, Namibia, and South Africa, with some communities in Zimbabwe, Zambia, and Angola.

In a world where empires rise and fall, and where globalization infiltrates the most remote crevices of society, a culture that sustains itself for tens of thousands of years is one that most certainly boasts success. One of the keys to San persistence had been their egalitarian society, by which all members were granted equal access to resources, and political power was vested in each individual. In the absence of a centralized leadership structure, all community members participated in making decisions, which were, at one point, reached by consensus. For the most part, everyone was valued, everyone had a voice, and everyone shared equal rights. But with the wave of European imperialists who brought their abstract political systems along with their weapons and disease, concepts foreign to the San way of life like ownership and male hegemony were also introduced.

Land ownership, stockpiling resources, and currency created new social dynamics among the San people, who found found themselves relegated to the peripherals of their respective societies, restricted to government-mandated lands, and working on farms. Men were laborers in this imposed social order, while women found themselves confined to the domestic realm. With ownership came power, and men controlled the resources. San women were suddenly without their rightful autonomy.

These issues were then compounded by racial discrimination. Hunter-gatherer groups were labeled ‘primitive,’ lacking the education and skill sets required for work in the modern world. This perception has persisted, and many contemporary San are overlooked for employment and educational opportunities.

In 1989, a study conducted across 90 non-western societies found the traditional San to have been one of only six societies in the world where domestic violence was almost unheard of. Today, field studies among the San almost unanimously report high levels of alcoholism and domestic, gender-based violence. They also report a severe lack of opportunity, especially for women, who have become the subordinate gender and an oppressed minority.

In 2017, a gender analysis report in Namibia found that jobs in commercial harvesting were primarily given to men, though traditionally, indigenous women were the harvesters. The commercialization of native plants played a significant role in dictating this new social order. Not only are commercial business models male-centric, but the sudden mass-harvesting of native plants required government control so as not to deplete natural resources. This came in the form of permits. Where Indigenous Namibian groups were once free to use the land at will, permits became a requirement. To obtain a permit, training is necessary. And while permits are available to both men and women, the report noted the predominance of men who possess these permits.

The system, the report conceded, seemed to disadvantage women, who—due to their domestic duties—lacked the time or mode of transportation needed to attend permit training, and who often found themselves subjected to gender-based discrimination. This new dynamic disrupted old social customs by which women were the custodians of plant knowledge. And as fewer women harvested, this knowledge was lost.

Today, there are San people who continue to fight for their culture’s preservation, the group of San I met in Botswana are a testament to this. There, the women work to learn the land and carry forth this ancestral knowledge. One woman said she does so because she refuses to let outsiders dictate what her culture should be. Next to her, a San man stepped up with sand in his right fist. He let the sand fall through his fingers while he spoke. “Our culture is like this sand,” the translator said. “It is slipping through our fingers and gets harder to hold onto.”

The San woman’s fight to regain her rights is not an isolated one, and they are not alone. There, equal opportunity isn’t cultivated through ‘girl power,’ through rebellious music or extreme politics or power suits. Their equality in an egalitarian society wasn’t won through power or force; rather it was found in the absence of those things.

Before modern Western society was even imagined, the San people understood that if one facet of society is underserved, all of society is underserved. For a so-called ‘primitive’ people, the San people have long grasped a concept that so many of us have yet to learn. To lose the San and their wisdom to the sands of time would be a detriment to us all. 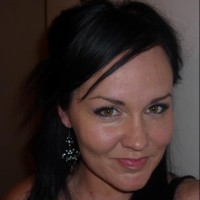 Amanda Moller is an Australian writer and the founder of SmallWorldMatters.com, a site that makes sense of global issues and how they relate to our everyday lives. Her written works can be found in a broad range of publications, from travel guides to research papers, and focus on travel, international relations, social matters, and transnational security issues. You can find her @what.on.earth.amanda