The Truth about Female Genital Mutilation in India

Masooma Ranalvi does not remember much of her childhood, except for one rather vivid memory. It was while living in Mumbai when Ranalvi was seven-years-old and went out with her grandmother to buy some candy but instead found herself being led to a decrepit building with a dark and dirty room.

“It was there that my grandmother forced me to lie down and held me by my shoulders. Another old woman who I did not know held my legs down and removed my panty,” recalls the now 52-year-old Ranalvi. “This was followed by an excruciating pain down “there.” The rest is a blur of me crying and screaming. I was told never to talk about it again.”

The pain that Ranalvi felt is part of a practice known as khatna or khafz, where the clitoral hood of seven-year-old girls is cut by a blade, knife or even a pair of scissors. A thousand-year tradition of the Dawoodi Bohra Muslim community — with an estimated population of 1.5 million globally, it is considered as type 1 Female Genital Mutilation (FGM) by the World Health Organization. The practice is usually carried out by a local midwife, though in some parts of the world even trained doctors have known to perform it. Including in western countries like Australia, where in 2015, the first-ever prosecution against FGM, that involved the Bohra community saw the arrest of a registered nurse.

Now living in Delhi, Ranalvi—along with 17 other women—launched an online petition calling for a ban on FGM in India. Since its launch, the petition has gained over 130,000 signatures. “What happened in Australia made me think of how the community hadn’t moved an inch forward,” explains Ranalvi. “The global conversation around FGM has always been focused on Africa. It’s time we also looked at it in Asian communities as well.” Ranalvi’s transnational NGO ‘WeSpeakOut’ has created awareness about FGM in Bohra communities all over the globe including South Asia, the U.K and the US; where only recently a Michigan judge struck down the federal law that banned FGM.

As for the Indian Government, they maintained a stance that FGM did not exist in the country. In response, ‘WeSpeakOut’ conducted the first-ever national survey on FGM in India to challenge the government’s stance. The survey revealed that 97 percent of its respondents, who remembered the procedure, described it as painful and traumatizing, 33 percent believed that it has negatively impacted their sexual life, and close to 10 percent mentioned urinary problems, recurring UTIs, burning and incontinence. The physical scars are only just part of the larger emotional crisis FGM victims are forced to endure.

This is true for even women like Connecticut-based Zehra Patwa, who has no recollection of her own khatna performed while on a family trip to India. Almost four decades later when she finally learned the truth, she went into complete shock. “Bohra women have been known to be well-traveled with successful careers, unlike other women in more traditional Muslim communities. I was always surrounded by strong female role models,” says the 48-year-old technology project manager who was one of the main petitioners behind the call for a ban on FGM in India. “So khatna within the community, just did not add up for me.”

Like other women who have been cut, Patwa went through a deep sense of betrayal and anger against her family and the community. “I felt so much shame. I didn’t know how to accept that as a feminist I lived in a community where people think its okay to cut young girls’ genitals. I was embarrassed to be part of it,” she recounts.

The supporters of khatna don’t accept the practise as ‘cutting’ or ‘mutilation’ but just a nick or a snip which does no harm to the child. They believe it to be an essential religious practice done in support of women. The clitoris is considered the seat of desire and its removal curbs unwanted sexual energy which keeps women both focused and away from having premarital sex—an alleged dishonor on the family.

“Most parents get their daughters cut out of a sense of love and protection,” explains Patwa who was cut in the supervision of her aunt. “They just don’t realize that it has such a huge potential for harm.”

It is this very lack of control on one’s body that continues to affect khatna survivors well into their adulthood. “There was the trauma of feeling completely violated when I first found out that I had been cut,” admits 32-year-old Aarefa Johari, another petitioner and Mumbai-based journalist “Later when it came to sex, I couldn’t help but wonder whether I would feel more pleasure if I was not cut. This frustration of the uncertainty has caused me so much rage and made me feel so helpless.”

However, Johari does not delve into those emotions anymore. “I rather use that energy to end the practise, so other Bohra girls never have to go through it,” says Johari who is also the co-founder of transnational NGO Sahiyo, which is at the forefront of fighting khatna in India and the U.S.

Story-telling is one of the most important ways in which Sahiyo engages with survivors. They amplify their voices by guiding the women to share their stories with each other, which are later posted on their website. For many women, this has created a safe space to talk about a traumatic experience that has been shrouded in taboo while serving as a cathartic experience for others. “We want individuals to empathize with each other so that we can bring about a change from within the community itself. This is not supposed to be a battle against two opposing sides. That’s now how social norms can be changed,” clarifies Johari.

Activists in India have seen a change at the grassroots level with several Bohra women and men taking a personal stand against khatna by refusing to cut their daughters. One of the biggest reasons why Bohras might not take a public stand against khatna or blindly follow the practice is the fear of the Syedna, the religious leader of the Bohras who advocates khatna as an act of “religious purity.” Questioning or disobeying him results in social boycott. This means not only the individual who opposes him but the entire family gets barred from attending community weddings, funerals and entering the local mosque while professional relationships in this largely business community are also severed.

“Many of our members have been deeply humiliated by the clergy and were made to offer a public apology as well as disassociate themselves with us,” says Ranalvi. To further weaken the fight against FGM in India, The Dawoodi Bohra Women For Religious Freedom , a group of female khatna supporters, appealed for the practice to be protected.

This has resulted in the apex court of India further delaying the verdict on the ban of FGM in India by directing it to a five-judge bench, which still remains to be formed. “Ultimately for khatna to end we need an intervention across sectors —the government, the law and the law enforcers need to be sensitized about it,” says Ranalvi. “As organizations we have in many ways a limited reach.”

Back in the U.S, Patwa still has this niggling doubt. “Sometimes I speculate that maybe, just maybe my aunt really did take me out to have ice-cream that day and I wasn’t cut after all.” 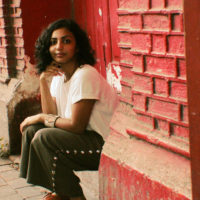 Payal Mohta is a freelance journalist based in Mumbai, India. You can read more of her work on payalmohta.com. Her Twitter handle is @MohtaPayal