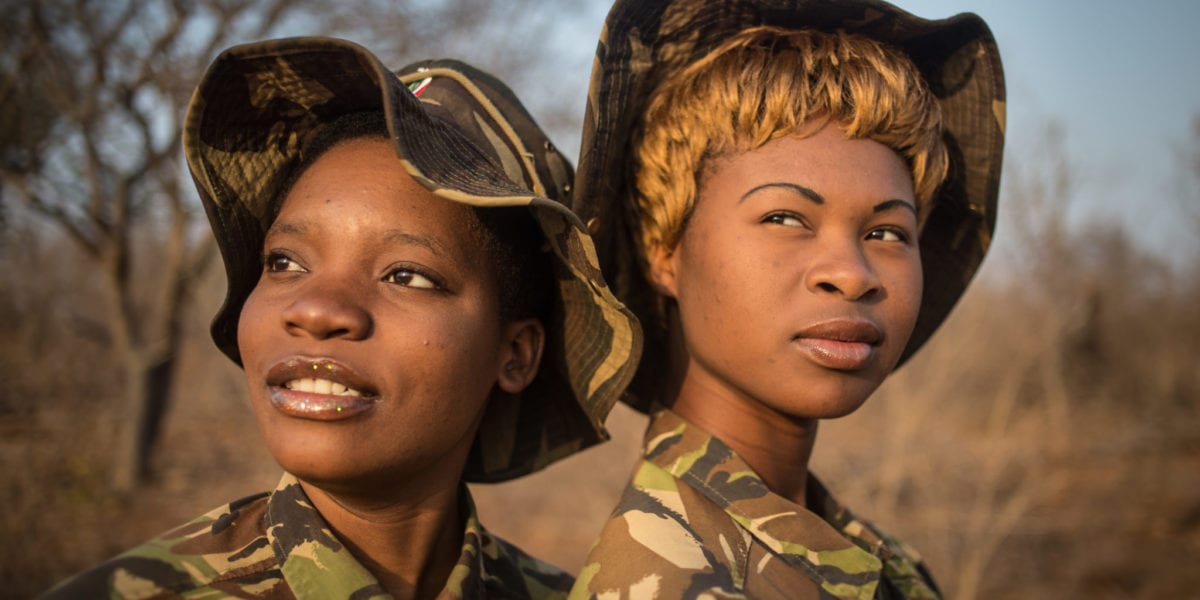 The South African bush throbs with masculinity as male guides strut about in khaki shorts and hiking boots, rifle balanced in one hand and binoculars in the other. In areas beset by poaching, soldiers lurk menacingly in camouflage behind the wheel of bullet-proof Jeeps, while helicopters swoop in from above searching for hunters.

Right in the heart of this male-dominated world is a group of women who are quietly turning the tide on the devastating wave of poaching sweeping across South Africa’s reserves. Nicknamed the ‘Black Mambas’—after the country’s deadliest snake—this paramilitary unit has been recruited from villages around Kruger National Park to keep the area’s animals safe from the illegal wildlife trade.

Now numbering 36, up from just six in 2013 when the Black Mambas were formed, these women carry no guns, and yet have proved more successful at deterring poachers than many of their military-grade rivals. The Black Mambas are the eyes and ears of the armed tactical response units, which are largely made up of ex-soldiers, and they rely on their intuition rather than brute strength and weaponry when fighting poachers.

Their formation couldn’t come at a more opportune time. By the 1970s, the ivory trade had grown to such an extent that elephants faced the risk of extinction, but crackdowns on smuggling combined with the education of consumers reduced demand in the West and Japan to a manageable amount by the year 2000. Then poaching exploded. In the last five years alone, 150,000 elephants are estimated to have been killed across Africa. While there is still a sizeable ivory trade in the United States, it is China and Vietnam’s burgeoning middle class that have been the root cause behind the increase.

“3,500 years ago, ivory held a special place in Chinese culture,” explains Alex Hofford, a representative for WildAid, an environmental organization based in San Francisco. “The first carvings were mostly religious in nature with ivory becoming a commodity associated with the priestly classes, but the ivory in those days was taken from natural mortality and only supplied to the Emperor and nobles. Today, a massive growing middle class of newly rich Chinese all want ivory, and industrial-scale poaching became the only way to satisfy that demand. We are talking about gunning down entire herds of elephants by well-equipped militias in helicopters who then use chainsaws to hack off elephant heads and get at their tusks.”

Rhinos, meanwhile, have been hunted to virtual extinction in East Africa for their horns, which are made of keratin, the same substance found in hair and fingernails. China and Vietnam endow rhino horn with fantastic properties, such as the ability to cure cancer and hangovers, thereby increasing the value of an entire horn to an estimated $65,000 USD. Gram for gram, rhino horns are now worth more than gold or cocaine, which is why slaughtered rhinos are now a regular sight in South Africa.

Stepping into this fraught world are the Black Mambas, who patrol the Balule Nature Reserve, a 50,000-hectare private concession that has been targeted by local and international armed gangs from neighboring Mozambique and Zimbabwe. Balule is set in the heart of Mpumalanga, a province in northeast South Africa that is estimated to be home to more than 60 percent of the world’s wild rhino, making the reserve a major target for poaching.

This abundance of wildlife is partly due to the tireless work of the Black Mambas, whose efforts have reduced snaring in Balule by 76 percent over the past two years. I arrive at their dusty headquarters in the late afternoon sunshine to have tea and rusks—a South African style biscuit—with these warrior women before they set off on their daily patrol.

As I walk onto the sunny terrace, I’m hit by a wall of chatter in Zulu and Shangaan, the two languages predominantly spoken in the surrounding areas. I am welcomed first by Felicia Mogakane, one of the group’s founding members, whose scarlet nails and sleek cornrows look noticeably urbane against her immaculate camouflage uniform.

“Before we joined this group, nobody believed women could fight against poaching as this was a man’s world,” Mogakane tells me softly while biting into a rusk. “Everyone was saying, ‘what are they thinking? Women cannot do work such as this, this is a man’s job, it’s too dangerous.’ But we have proved them wrong. Since we’ve started the Black Mambas anti-poaching project, there are no poachers in our reserve.”

The room fizzes with a palpable pride and passion at Mogakane’s words, and soon the other Black Mambas start clamoring to tell me of their achievements.

“I’m happy to be on this team. It’s important to protect the nature for our children and grandchildren, and my community is proud we’re doing this job because they know we’re making a difference, “ says Mandize, another Black Mamba. “We’re fighting for our animals and showing people that women can be beautiful and also strong. It’s important for women all over South Africa.”

I was first introduced to the Black Mambas by another one of Africa’s pioneering female conservationists, Greta Iori. Raised in Addis Ababa by her Ethiopian mother and Italian father, Lori now travels the continent advising national parks and government boards on how to fight wildlife crime. Lori’s entire career was sparked by a dissertation she wrote on the Black Mambas when they first formed back in 2013.

Iori, who lectures around the globe on how to fight rhino and elephant poaching, believes that all-female units are one of the few unexamined solutions to a problem that many people in the conservation community are finding unsolvable.

“I believe the Black Mambas urgently need to be replicated across protected areas and in all communities that are affected by poaching,” Iori continues. “Creating all-women teams really could increase our chances of saving these wild animals.”

Poachers are generally used to responding to violence with more violence, but these women, who carry no guns, have what can only be described as diplomatic immunity in the poaching arena, and are very rarely shot at by gangs. Back in the dusty South African bush, the women unanimously agree that they need to remain unarmed.

“We want to be different from the poachers,” says one younger Black Mamba named Joy. “Our goal isn’t to kill poachers, it’s to save rhinos. If we come face-to-face with a poacher, we can use our walkie-talkies to call for backup.”

With that, tea time is over. A few of the women whip out their compacts to re-apply their lipstick, check their hair, or throw a jacket over their uniforms as the winter chill begins to descend. As the Black Mambas climb into their Jeep, the radio crackles to life with a suspicious sighting being called in from the park’s far boundary. The chatter stops. The women crane their heads. The Black Mambas spring into action.

Dust swirls around the Mopani trees as the Black Mambas and their Jeep thunder down the dirt road, carrying a group of wonder women with a mission to help the animals of Africa live as they always have: free from human interference.

* A longer version of this article appears in the first issue of Unearth Women, available now. 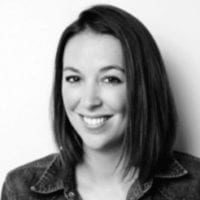 Melissa Twigg is a travel and fashion journalist who was born in South Africa and brought up in London. She spent her twenties living in Paris, Cape Town and Hong Kong in the grips of what seemed like incurable geographical commitment phobia. She recently returned to the UK, where she now lives in Islington and writes for publications including Vogue, The Sunday Times and CNN.