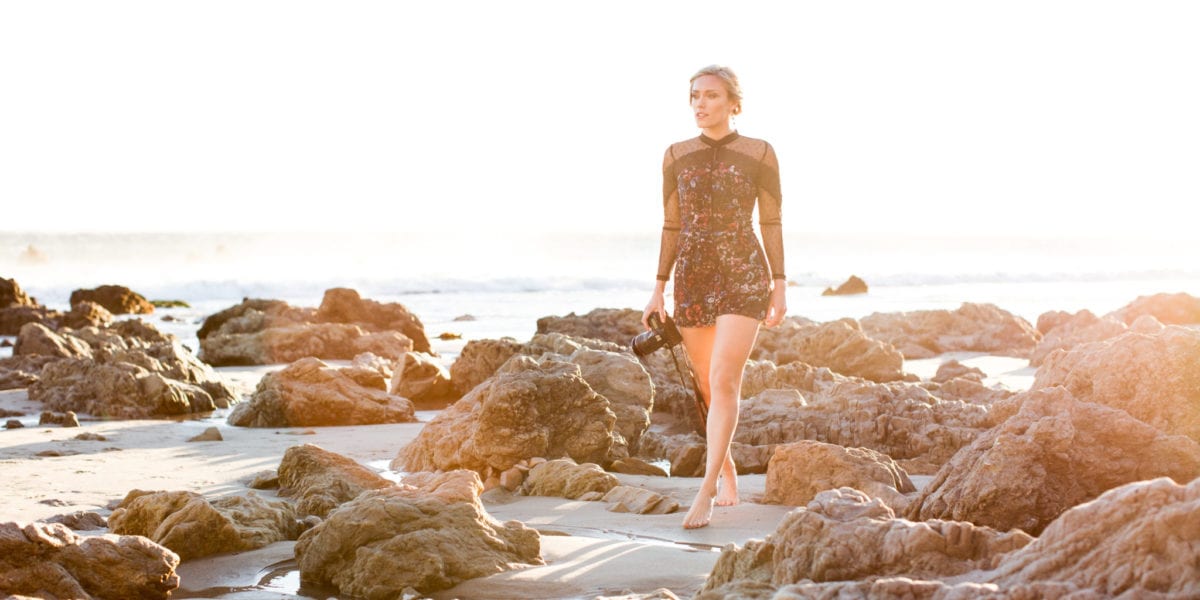 C are you’ve seen Rachel Rudwall before. With her cropped, sun-kissed hair, friendly smile, and bright eyes, Rachel has been spotted on the Travel Channel, Travel + Leisure, Forbes, Expedia, and Marie Claire Magazine (to name a few). Rudwall is a powerhouse—one of those women with a multi-hyphenated job title that includes: Emmy-nominated On-Camera Host, Producer, Camera Operator, Speaker, Writer, and Photographer. Recently, Unearth Women’s Editor-in-Chief, Nikki Vargas, sat down with Rudwall to chat about her career, being a woman in the travel industry and how she handles sexism.

Unearth Women (UW): Tell us how you got started on your career path!

Rachel Rudwall (RR): When I was first envisioning this career path, it didn’t seem like a possibility. I grew up in a small town in Ohio and didn’t know anyone who worked in media at the time. I didn’t think this would be a viable career until I was in college and studying international relations and foreign languages. I thought that would be my path to get to travel so I studied abroad a couple of times before landing an internship with this travel company, STA Travel, which employed me to travel, create media, and to share the world with people. I did that through videos, which I was tasked with shooting, producing, hosting and editing. When I wrapped that internship—which had sent me to 15 countries over the course of three months—I knew that I wanted to be a travel storyteller.

UW: What are you currently working on?

RR: I have a variety of really fun projects coming up that are with a series of different clients. I’ll be working with Time Inc. on a short project in Colorado highlighting the different relaxing and beautiful corners of Colorado, then I’ll go from there to Montana and work with their tourism board. From there I’ll be headed to Scotland and then to Norway to create video, photography and written content for a cruise company.

This industry is feast or famine. There can be quiet times where it seems like nobody is hiring for a project and then there are times when you get five emails from different people, all wanting to do projects at the same time. That is something that anyone looking to get into a storytelling path should be aware of, that it moves in phases and waves. Anybody who wants to get into a job like this, or anyone who wants to be an entrepreneur in general, should know it’s going to be a hustle and it’s going to be a fight but if it’s what you love then it’s a fight you’ll want to be a part of.

UW: In your own career, what challenges have you faced as a woman in the travel industry?

RR: I have faced sexism that is both over and under the surface. Sometimes people don’t realize they are being sexist, but they ask me to prove myself more frequently or express doubt that I could be good at something. Sometimes people don’t even know they are discriminating, other times it’s intentional. I have had male colleagues who were supportive and have mentored me, and I have had male colleagues who have called me out and questioned me publicly in hopes of my caving or being wrong.

What’s important is to develop a thick skin. I wish we didn’t have to as women, but we do, and it’s a tool that serves us. It’s easy to burn out or feel like you wont win in the battle for equality, and I think that is when women can cave–when they feel they can’t fight it anymore. But sticking to your guns and knowing you’re enough, that’s something that can help you stay the course.

UW: What is an example of sexism you have faced on a project?

RR: Unfortunately, I am facing this right now on a project I’m working with a male colleague. The response from clients we are pitching is they think there are too many women featured in the story. Women account for half of the planet’s population but are not allowed to make up that same amount of characters in [my project]. I have been in media for 10 years now and when starting out, on many assignments, I was the only woman. There were a lot of moments where it was asked: “can the girl really hack it?” I had to double down and work harder. I felt that if I didn’t work twice as hard as the men around me, that I was going to be questioned, and so that’s how I progressed. Working twice as hard, showing I was prepared enough or skilled enough for the next assignment.

UW: How about sexism faced on your travels?

RR: How many times have you heard the questions: Your boyfriend or husband lets you travel solo? Shouldn’t you be married? Shouldn’t you be at home with kids? Those questions happen every day when you’re a woman traveling. I highly doubt they are posed as often to the men who travel for their work. Even when we think we are a forward-thinking society, we are very much trapped by the society that we built, and that includes thinking women should stay at home. Whether it’s men or women, we don’t really give permission to women to travel solo or travel on their own terms. The beauty is women are giving themselves that permission now.

UW: Tell us about UROAM!

RR: UROAM is a love of mine because it is a project that I have created, that I fund, and that I want to share with my audience. UROAM is a chance for me to have a really direct conversation with the people who follow my work and say, “what do YOU want to see next?” That’s why it’s called UROAM, it’s a play on my social handle, RachelRoams. Anytime that I go anywhere, I will put a tweet up and say, “Hey I am going to this place that I think you’ll find interesting. If I shot a video what would you want to see?” Some of the better things that I’ve done in recent years has been as a result of those votes. For example, I tweeted: “Hey, I’m going to Antarctica, what do you want to see?” and people wanted to see me swim in the Antarctic waters. UROAM is this really cool chance to have a conversation with people who are as interested in the world as I am.

UW: Where do you see yourself in 10 years?

RR: I hope that 10 years from now, I’ll be continuing to encourage people to step outside their front door and outside of the boxes that have been made for them, and to help them feel empowered. What’s interesting is I have all these pictures floating through my head of what that could look like—I could be hosting a show for CNN or National Geographic—but I think it would be a disservice to pigeonhole myself because we don’t know what the world is going to look like in 10 years from now. What I do know is that in 10 years, I would like to be helping people feel like they are connected to the world.